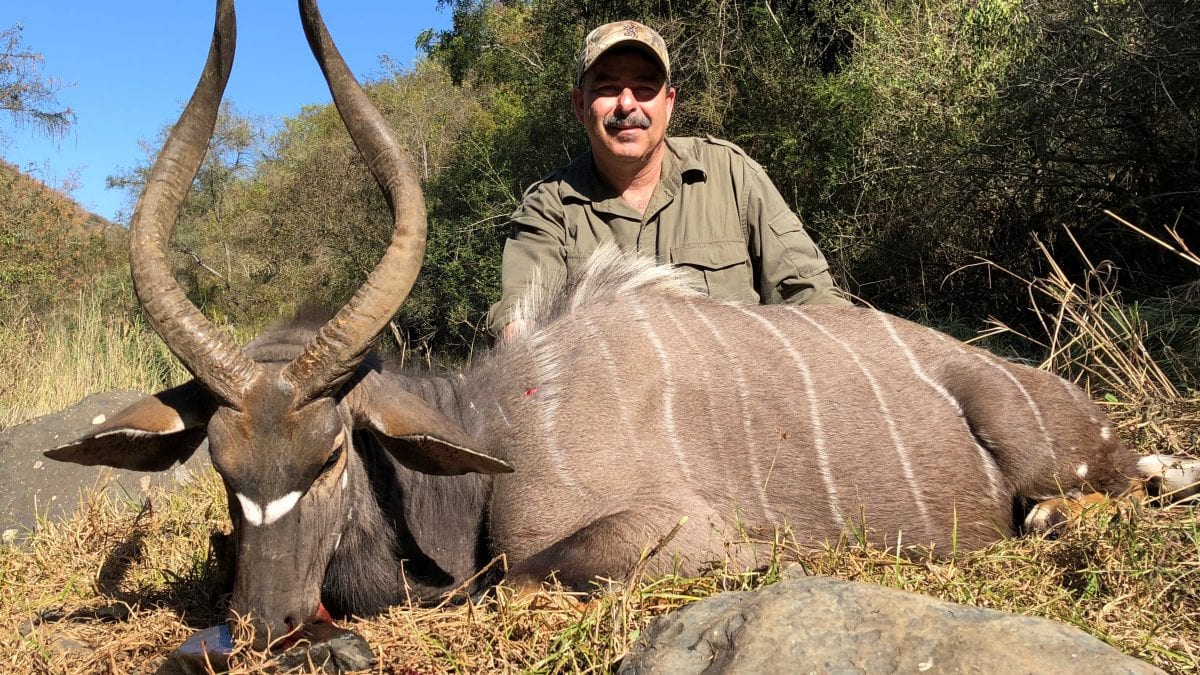 The trip was everything I expected it to be for my second time hunting South Africa. To say the least, it was an outstanding experience. It turns out that Crusader Safaris overshadowed the organization I first hunted with three years prior by a long-shot. These guys are pure hunters and top notch PH’s so if you are considering hunting in South Africa and you want to hunt true free range, these are your guys. If you are looking for high fence hunting, you might want to reconsider or look somewhere else.

The accommodations were awesome and included free laundry service. That doesn’t seem like a big deal but it allows you to cut way down on your luggage. I followed their recommended list of clothing to bring on their website and it was spot on so don’t over pack. The room/tent had running water, a toilet, shower, a sink and of course comfortable beds, and all were cleaned daily. There was even Wi-Fi. It was spotty at times but Wi-Fi nonetheless. The food was first rate and most days we ate the same game we were hunting. One of my favorite parts of the trip was the time spent in the evenings after dinner with the entire hunting staff enjoying a few adult beverages and listen to the many great stories everyone had to share.

The hunting was pretty fantastic too. You have to work for it but patients will pay off. I was able to bag a very nice Nyala, Bushbuck and Blue Wildebeest. Each one was more exciting then the next. The last day I decided to hunt for a big Kudu. We glassed a ridge-line most of the afternoon until late in the day we saw five bulls moseying along. This was great because all day all we saw were cows. Because of the wind direction we needed to leave the area and come in to them from the opposite direction we wanted to, to be able get a shot. After a 20-min drive and a 30-min hike, to my amazement, we were able to get up on them. It turned out to be extremely exciting but in the end I was just not able to get into position to take a good shot.

There was a very real low percentage shot I passed up on but that’s me. Cross-hairs on the ass end of any animal doesn’t work for me. Tyson was one hell of a PH and this Kudu hunt was his icing on the cake. If you are considering hunting with Crusader Safaris, I highly recommend you book the trip. You will not be disappointed.